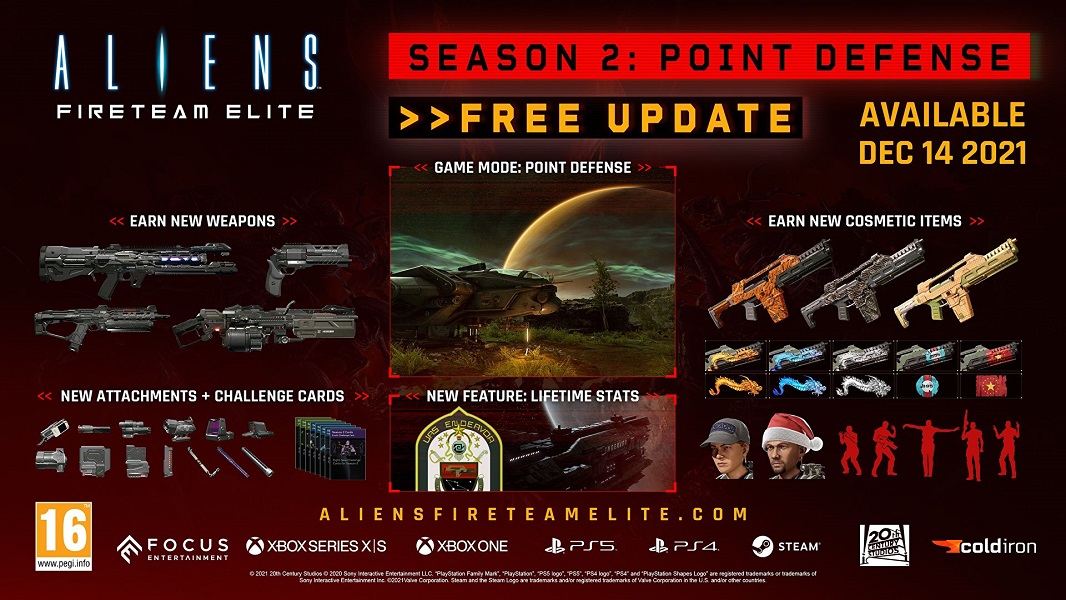 Aliens: Fireteam Elite, which apparently doesn’t suck as much as some of the past games, is coming into its second season and as part of that comes free updates for those what play the thing.  The update will offer the usual cosmetics, a new game type, new weapons you can earn and even lifetime stat tracking for those that are into that sort of thing.

The new game type is Point Defence and sounds somewhat similar to the middle of the second movie, where the marines attempt to defend several key entry ways, all the while performing repairs required to win the mission … make sure you stay frosty and check those crawl spaces.  There is little detail to go on for the new weapons apart from what they look like, same for the new attachments.  They may offer new or more powerful xenomorph dissuasion or they may well be as effective as the new skins you can grab for your guns, new and old.

The global stats tracking was a very odd omission, which has been remedied in this update.  If you are curious about the game, the second season launches December 14th and it will be coming to XBox Gamepass at the same time, so you can try it before you buy it if you are a member.   The paid for Nostromo update should arrive about the same time.

Aliens: Fireteam Elite kicks off its second season on December 14th, adding a new Point Defense mode where players have to protect a handful of locations while fending off pesky xenomorphs.