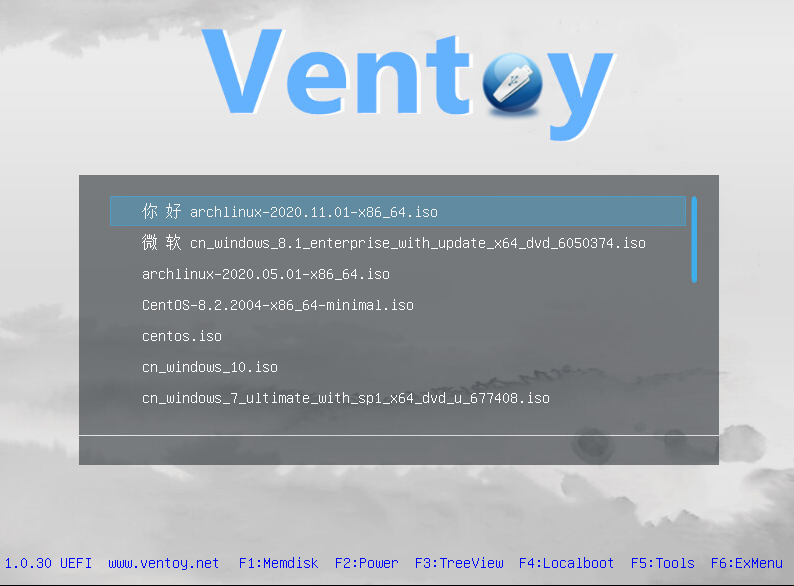 If you are looking for a handy way to carry around as many boot disks as you could ever want in your pocket. Unlike some other boot loaders you won’t even need to edit config files to choose what OS you want to boot from, you are greeted with a choice of the various ISOs you have copied over to boot from.  That would be the other handy feature of Ventoy, you don’t need to mount an ISO, you just copy it as is to the USB stick and Ventoy will automagically be able to boot from the ISO.

Once you set up your removable disk, there is a small boot partition and a second partition comprised of the remaining storage on the disk, so even a 16GB USB drive should be enough to store several ISOs you can boot from.  There is a plugin for Linux Live ISOs which support persistence so you can save any  customization you might want, to be available the next time you boot that ISO.

The Register only found a handful of ISOs which were not compatible, such as AROS, A2, or old DOS BIOS-flashing images.  They are so rarely needed that this shouldn’t have much impact on the usefulness of the Ventoy boot disk.

Ventoy makes this quicker and easier than anything else we've seen, though. All you need is a spare USB key with enough space for a few ISOs; eight gigs will work and 16 is plenty.

I wasn’t in my right mind