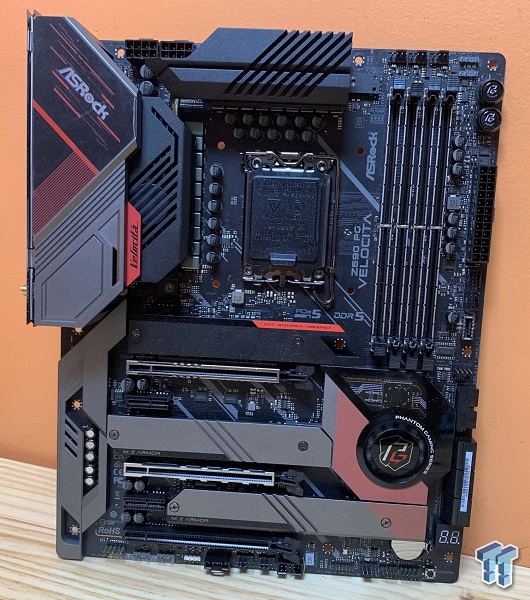 ASRock seems to be the last of the major vendors to have reviews of their new Z690 boards reviewed, such as the ASRock Z690 PG Velocita that TweakTown tested.  ASRock chose to go with Intel’s Killer NIC Suite with WiFi6e capable wireless AX1675 connectivity as well as both E3100G 2.5Gbe and 1Gbe LAN.  There are two PCIe 5.0 16x slots and a single PCIe 3.0 as well as three PCIe 4.0 and a single PCIe 5.0 M.2 port accompanied by an AC1220 audio codec.

Tweaktown didn’t have time to test overclocking, though with the board’s 16+1-phase and smart power stages it should be able to provide the power to overclock, assuming you can tame the heat.  Without overclocking the board still performs very well, competing with more expensive models such as the AORUS Pro or Strix Gaming-F.  The overall design build is as impressive as the performance making this a good choice for anyone looking to move to Intel’s new platform.

ASRock's Z690 PG Velocita is a gamers motherboard at heart with the Intel Killer networking suite. Join us as we investigate.