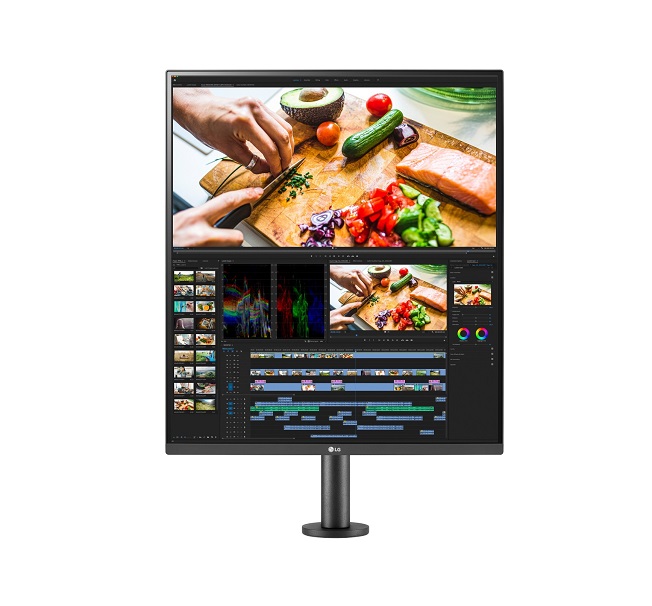 LG have released a monitor that abandons the ultrawide trend for a new ultratall 16:18 aspect ratio in their new DualUp Monitor.   With twice the height of a traditional 16:9 it is almost square in shape and offers a very different screen space to work with,  Physically it is 27.6″ diagonally with a rather rare 2560×2880 resolution, which is more or less two 2560×1440 displays stacked on top of each other, just with no bezel in between and a pixel density of 139.6 PPI.

Along with the unique aspect ratio the LG DualUp Monitor arrives with an interesting stand, called the Ergo Stand.  The stand doesn’t have a traditional base, instead it clamps to your desk to free up space for you while still remaining secure.  The Ergo Stand can can tilt, pivot, swivel, and make height adjustments, if you would prefer to try the DualUp in portrait mode.

We do not know much else apart from it’s 1000:1 contrast ratio, 60 Hz refresh rate and 5 ms GtG response time.  LG claims the DualUp supports HDR but did not list a specification, nor did they provide a release date or price.  Ars Technica has a few more pictures here, which is the closest we will get to this monitor for a while.

LG has now brought this taller view to external PC monitors by announcing today the LG DualUp Monitor (28MQ780), a 27.6-inch monitor with a 16:18 aspect ratio.