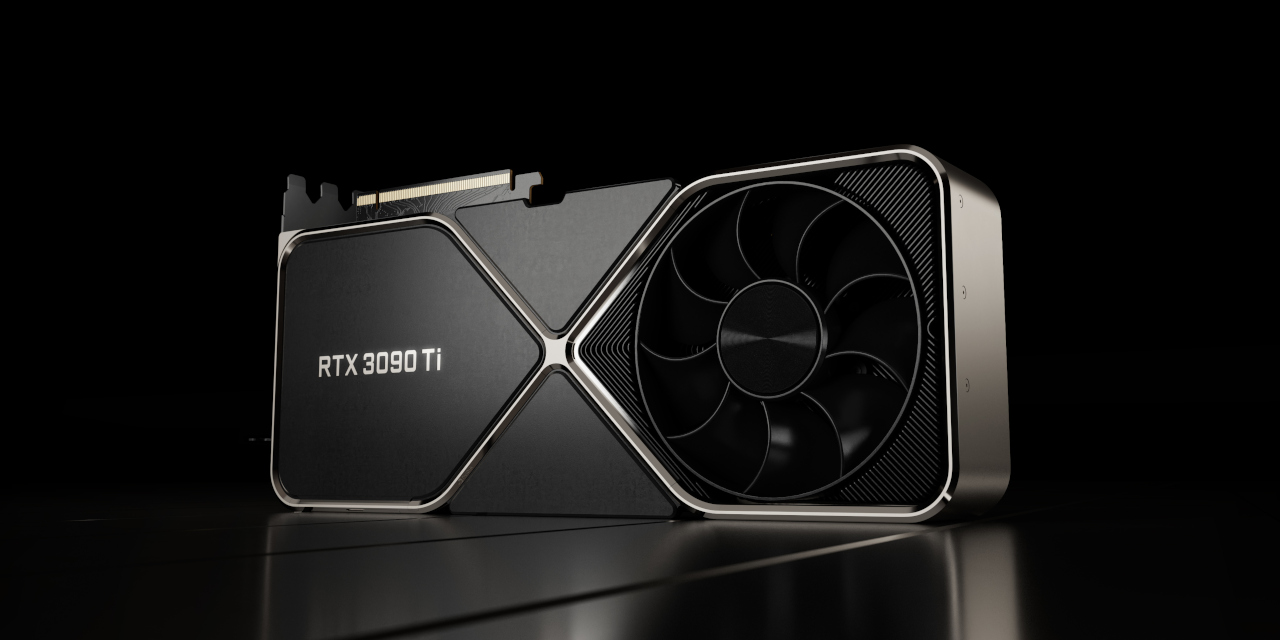 They Aren’t Just Teasing Us This Time

NVIDIA is officially launching the GeForce RTX 3090 Ti first teased at CES 2022. The new RTX 30 Series flagship we never know we needed picks up where the RTX 3090 left off, moving up to 10,752 CUDA cores and faster 21Gbps GDDR6X memory. NVIDIA states that the new GPU offers “78 RT-TFLOPs, 40 Shader-TFLOPs, and 320 Tensor-TFLOPs of power”.

It’s faster, sure. But who is it for? NVIDIA offers this explanation:

“The GeForce RTX 3090 Ti is primarily designed for our most ambitious users – those building research systems for data science and AI, or processing large data sets, and those making massive projects in creative applications. As well as developers or CG animators working with detailed models, super high resolution textures and massive sets. It’s also for anyone who simply desires the very fastest GPU on the planet.”

With the additional 2 SMs providing 256 more CUDA cores than the non-Ti 3090 (along with a slight bump to RT and Tensor core counts), and with a full 1 TB/s of memory bandwidth (up from 936 GB/s), it becomes what NVIDIA is calling the “content creators dream GPU”.

“The GeForce RTX 3090 Ti is an artists’ dream and tailored for advanced creators, allowing them to edit insanely large models, work on production-quality video, or edit in multiple apps at the same time. Rendering in applications such as Blender, Maya or Cinema4D not only requires a more powerful GPU, they require more GPU memory. The RTX 3090 Ti delivers between 42%-102% more performance than the RTX 2080 Ti and TITAN RTX in these rendering apps. And because the RTX 3090 Ti features a massive 24 GB of memory, it can handle datasets that are twice as large as those that fit into the memory footprint of the original RTX 3080 Ti.

Video editors will see huge advantages as well. For example, working with 8K RAW projects in DaVinci Resolve featuring REDCODE, Raw (R3D) files uses most of the 10GB of memory available on the original GeForce RTX 3080 Ti. Adding a GPU memory-intensive effect such as Temporal Noise reduction, or SpeedWarp retiming can easily exceed the memory available on the RTX 3080 Ti, resulting in out of memory errors within the application. Performing the same memory intensive operations with the RTX 3090 Ti allows editing to continue normally without having to reduce the project complexity.”

NVIDIA also makes mention of 8K gaming, and while you probably aren’t going to want to do so natively, even with the performance bump over the original RTX 3090, DLSS is there to help.

“Of course, there are folks who hanker to game at the highest resolution with everything enabled. They crave the most immersive experience no matter the price, have the bragging rights to prove it, and they are the early adopters of next-generation 8K displays. The GeForce RTX 3090 Ti lets you to play, capture, and watch your games in brilliant 8K HDR with DLSS Ultra Performance mode for 8K gaming, HDMI 2.1 for single cable connectivity to 8K TVs, GeForce Experience support for 8K HDR game capture, and AV1 decode for efficient playback of 8K HDR streamed video.

Ok, other than the TDP most of the chatter has been about pricing. NVIDIA announced that the GeForce RTX 3090 Ti starts at $1,999 USD. And it may actually be possible to purchase for this amount (if you get really lucky), as the Founders Edition version of the new card will available from Best Buy online. NVIDIA warns us that “general global availability today has been impacted by the latest COVID surge and shutdowns in China”, but they “expect this to improve throughout April”.