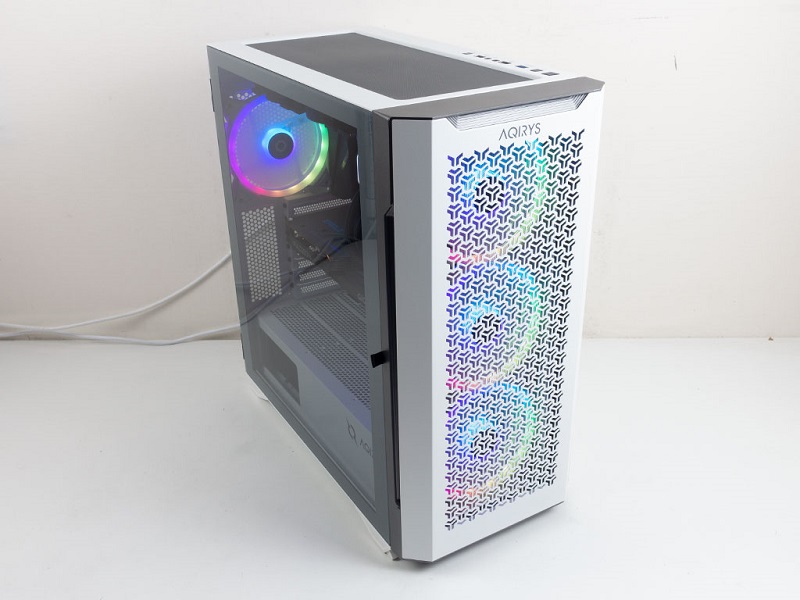 From Mini-ITX To E-ATX

The Aqirys Aquilla comes in grey or white with grey highlights, which already makes it stand out from the sea of black enclosures that make up the majority of the case market.  It stands 479 x 233 x 493 mm (18.9 x 9.2 x 19.4″)  with a tempered glass side and four 140 mm ARGB already installed.  Those fans are attached to a fan controller which you can interact with via the included remote control, changing the speeds and colours of the fans.

There is an option to add two 120mm fans to the back panel as well as a pair of 120/140mm fans at the top  if you so desire, however TechPowerUp’s testing shows that the four included fans are enough to keep the Aqirys Aquilla near the top of the charts for cooling performance.   That does have a side effect, with 45.7 dBA measured when the test system was under heavy load; not extremely noisy but worth considering depending on where you are planned to set up the system.

The full review is here.

The Aqirys Aquilla aims to woo the potential buyer with an impressive list of features while keeping an affordable price point. With its four 140 mm fans, solid material mix, and remote-controlled fan/ARGB controller, there is a lot to like about the case on paper, which had us excited to take a closer look!

What is WiMax, and why you should care