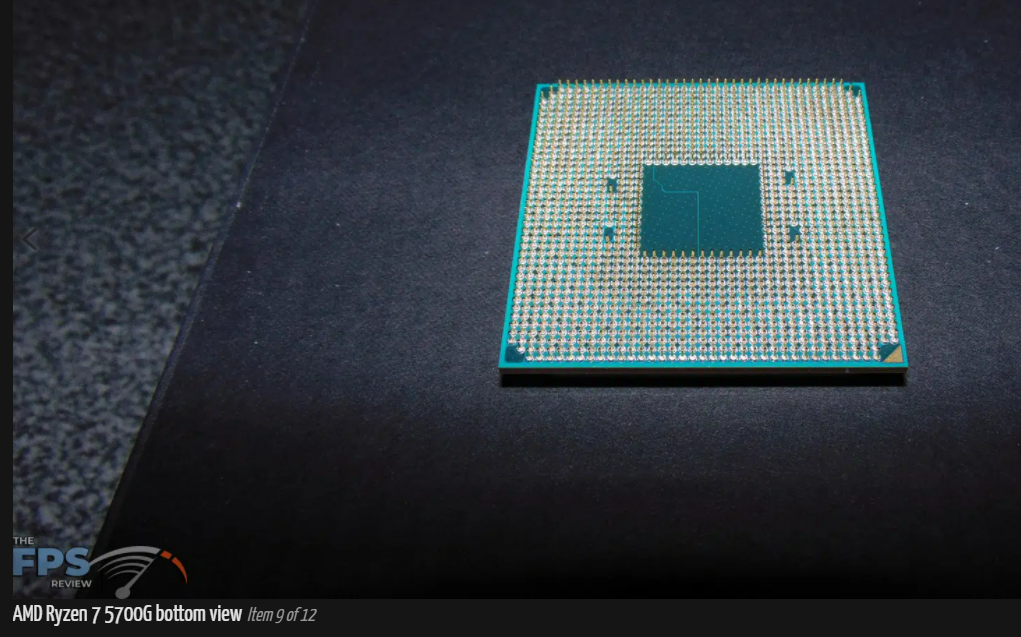 When the Ryzen 7 5700G was released it was only sold in prebuilt machines, but soon after it became available to buy on its own. The “G” indicates this is an APU with a Vega 8 GPU onboard, sporting eight Compute Units, 512 Streaming Processors, eight ROPs, and 32 Texture Mapping Units running at 2000MHz.  The FPS Review needed more details, such as the actual performance – specifically when paired with a RTX 3080 Ti FE in a variety of games and synthetic benchmarks.

The Ryzen 7 5700G is just a hair slower than the 5800X, which makes sense when you look at the Boost frequency, which is 4.6GHz compared to the 5800x’s 4.7GHz.  There is a different way of looking at that 5700G though; the price is about $50 less than the 5800X, which makes it a rather attractive option.  Check out their review for the exact results.

The AMD Ryzen 7 5700G, codenamed Cezanne, technically launched on April 13th, 2021. However, it started its life out as an OEM-only option, that is until AMD finally made it available to purchase in retail later that year.