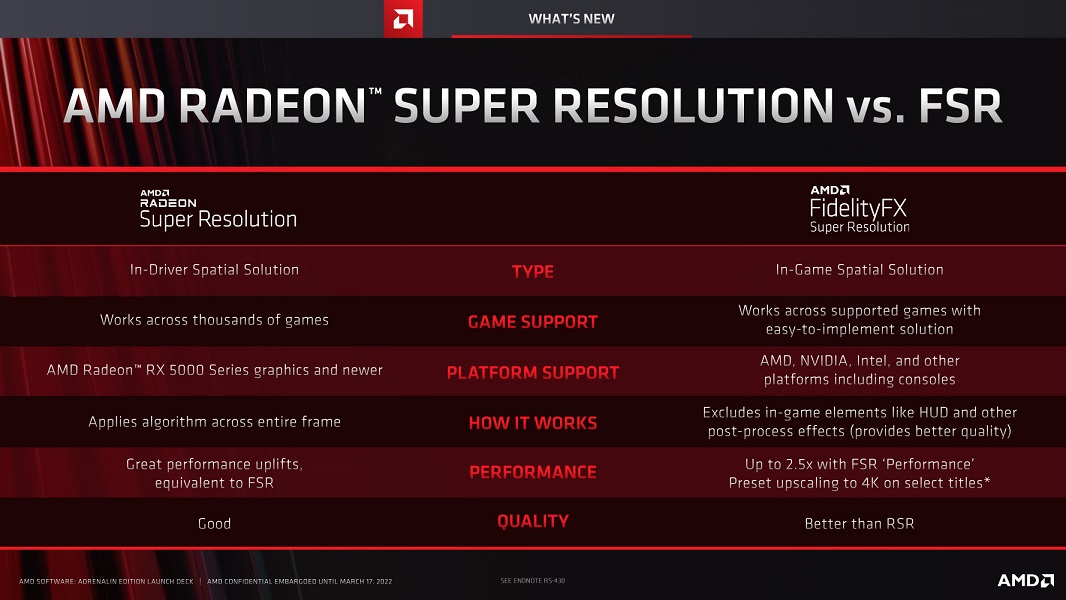 Living On The Edge … Of The Graphics Pipeline

Sebastian gave you all the details of the new Radeon Super Resolution AMD released to the public today, and TechPowerUp has provided some visuals.  They tested a variety of games, from FPS to RPGs at native 4k and using RSR to upscale 1440p on that same 4k display; RSR can do a lot but it can’t add more physical pixels to your display.  They captured screenshots and combined them so you can use the slider to see the visual differences between the native resolution and the upscaled 1440p.

As RSR is a general purpose tool and not integrated into the game engine as FSR is, they expected to see distortions in the crosshairs, inventory items and other game assets but as you can see in the screenshots that is very much not the case.  FSR, and the soon to arrive FSR 2.0 should still be superior as it is integrated with the game engine, however the game needs to have included it, while SRS can upscale anything.

Take a look at the examples for an idea of how useful Radeon Super Resolution might be for you and your RDNA or RDNA2 card.

Today AMD released their Radeon Super Resolution Technology. RSR is the magic bullet to achieve higher framerates in ALL games, it works on the driver-level, so there's no special game support needed, it just works, even on older titles. We've tested it in several games and the quality is very impressive, much better than expected.