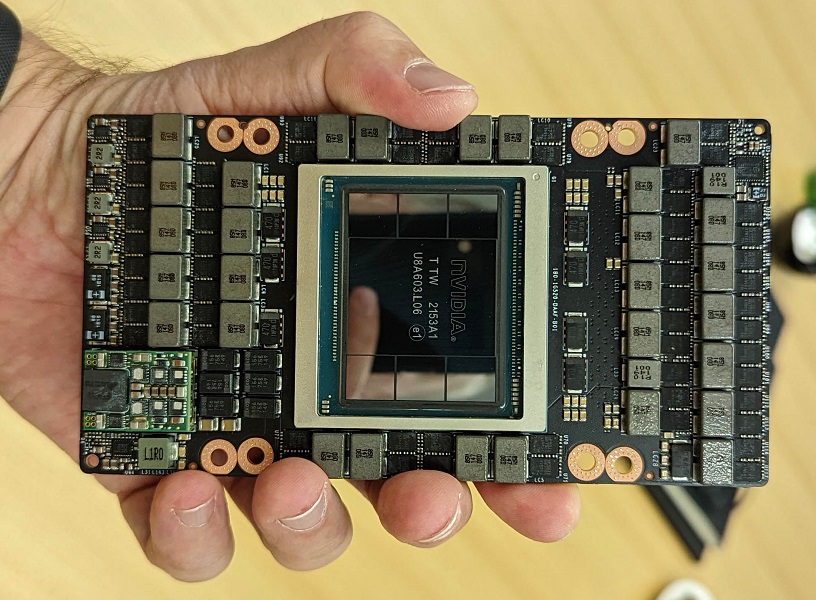 The wrapper is mostly off of the NVIDIA H100 Hopper GPU, the only mystery remaining are the connectors, which Serve The Home noticed were different than on the previous V100.  You can see from the picture it is also a lot more complex, as that PCB is very densely filled.  Front and centre is the actual GPU, surrounded by six packages of which five are full of HBM while the last is for yield/ structural support.

We won’t see it in action for a bit, in part because AMD and Intel have to catch up to NVIDIA to use it.  AMD’s EPYC Genoa will be the first of their server parts to support PCIe 5.0 as will Intel’s Sapphire Rapids, but neither are out yet.  We expect them very soon, but for now we wait.  They will certainly be mainstream products before NVIDIA can release it’s first CPU, but that will be NVIDIA’s first choice to pair with an H100 Hopper GPU.

There are more pictures to enjoy if you follow the link.

Contrary to some rumors, I was not in Santa Clara, California in early April checking out NVIDIA’s newest BBQ gear. 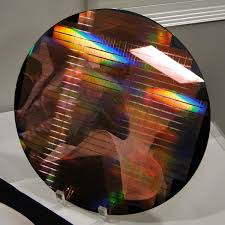 Still no good news on the DRAM front 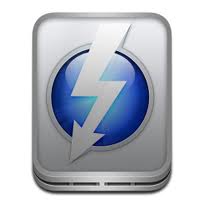