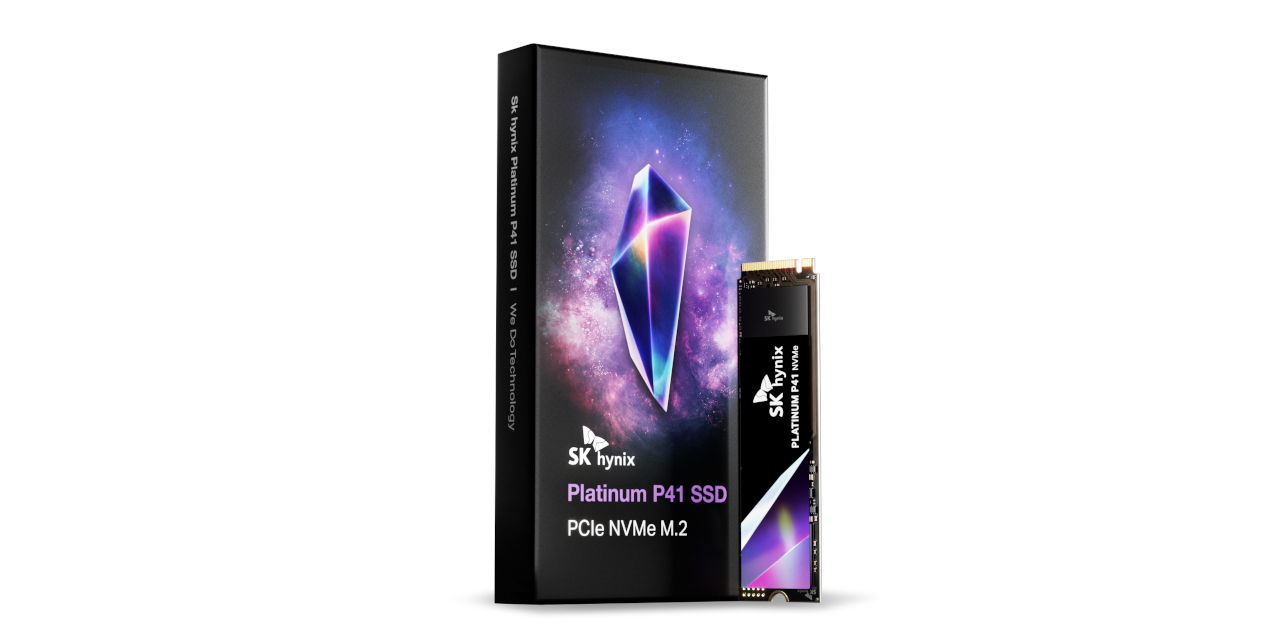 The First PCI-E 4.0 SSD from SK hynix is Here

Things have been taking a bit longer than usual to make it to market lately, including the new Platinum P41 PCIe 4.0 NVMe SSDs from SK hynix, which were announced back in January. Have no fear, Amazon listings for the Platinum P41 are now live. 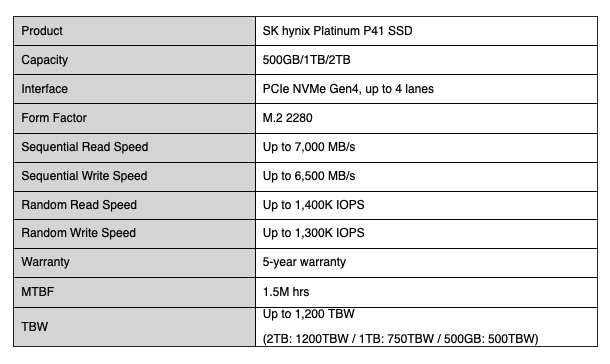 “Designed to excel among PCIe 4.0 SSDs, the Platinum P41 offers sequential read speeds up to 7,000 MB/s and sequential write speeds up to 6,500 MB/s with an industry-leading endurance rating of up to 1,200 TBW. The Platinum P41 also provides further assurance of reliability with an SK hynix in-house ‘Aries’ controller, which in itself contributes to the superior read/write speeds.

Additionally, the Platinum P41 is capable of up to 1,400K IOPS in random reads and up to 1,300K IOPS in random writes, the highest-end throughput on the PCIe 4.0 interface. The P41 undergoes 1,000 hours of high-temperature operating life (HTOL) testing to ensure reliability, where it has achieved an extensive 1.5 million hours in mean time between failures (MTBF).”