Today be quiet! is introducing their latest Silent Wings fans, with the new Silent Wings 4 and Silent Wings Pro 4 fan series. These will be available in both 120 mm and 140 mm sizes, and each are offered with three different models; a 3-pin, a 4-pin PWM, and a 4-pin PWM high-speed version. The new high-speed PWM fans are designed for use with both air and liquid CPU coolers, with the focus with this launch on airflow and static pressure. 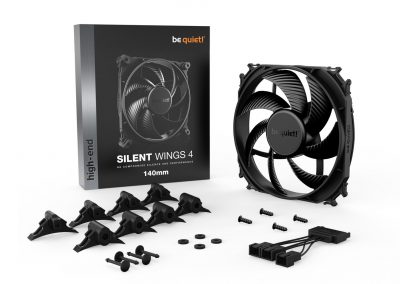 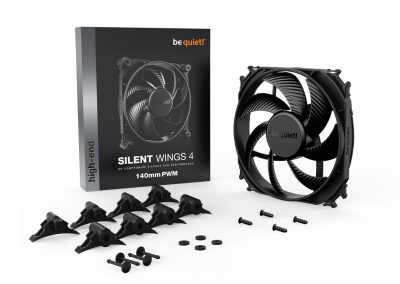 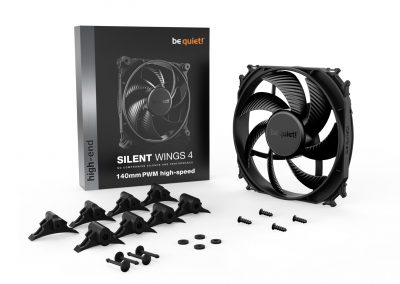 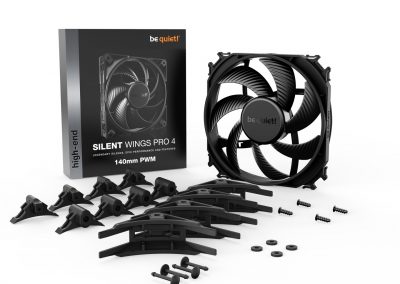 More details provided by be quiet! in their press release, reproduced below:

Glinde, July 5, 2022 – be quiet!, the German manufacturer for premium PC components, proudly introduces the Silent Wings 4 and Silent Wings Pro 4 fan series. These high-end fans are built for maximum performance in cases, on heat sinks, and on radiators, delivering not just great airflow but also impressive static pressure. The fans also feature a new mechanism for the mounting corners, making it easier than ever to adapt the fans to different situations, and some visual design improvements. And with the Silent Wings Pro 4, be quiet! has turbo-charged its fans to reach extremely high rotational speeds yet offering consumers a choice to configure these fans for low noise, a noise/performance balanced mode, or maximum performance.

With the new Silent Wings 4 series, be quiet! has focused on improving static pressure, which is of vital importance when mounting fans to heat sinks or liquid cooled radiators. Compared to the award-winning Silent Wings 3 series, the fan blades have a different shape and feature a lower tip clearance (1.0mm for all Silent Wings 4 models versus 1.2mm for Silent Wings 3), while the funnel-shaped air intake is replaced with a funnel-shaped air outlet, dispersing the air over a greater area. These changes have made a drastic improvement in static pressure, therefore making Silent Wings 4 a top choice for heat sinks or radiators, while keeping its noise levels impressively low.

Silent Wings 4 comes with two different mounting corners: vibration-free rubber push-pin corners and traditional hard-plastic screw-type corners. Thanks to a reworked mounting system it is easier than ever to exchange these corners, without the need for tools. Visually, the fans now feature a sleek black-on-black manufacturer logo. Silent Wings 4 comes in two sizes (120mm/140mm) and three different models: 3-pin, PWM, and PWM high-speed. The regular models are best suited as case fans with their maximum speeds of 1600 rpm (120mm) and 1100 rpm (140mm), while the high-speed versions are specifically tailored to heat sinks and radiators thanks to their higher speeds of 2500 rpm and 1900 rpm respectively. All Silent Wings 4 fans rely on a proven combination of a 6-pole fan motor with three phases and fluid-dynamic bearings for a long lifespan of 300.000 hours.

For consumers who really want no holds barred, be quiet! is introducing Silent Wings Pro 4. While these fans offer the same improvements as the Silent Wings 4, the rotational speed has been turbo-charged to 3000 rpm for the 120mm version, and 2400 rpm for the 140mm version. A speed switch on the back makes it easy for customers who don’t want to deal with PWM fan curves to set the maximum speed based on their preferred usage: Medium for silence-optimized operation, High Speed for a noise/performance-balanced mode, and Ultra High Speed for maximum performance. Silent Wings Pro 4 includes one additional corner type, specifically created for radiators. These radiator corners form a tight fit on the fan to prevent air leakage and to ensure maximum static pressure. The fans also feature a high-grade mesh sleeve cable and easy-to-use motherboard connector.

You may also the embedded YouTube video from be quiet! about the new fans: 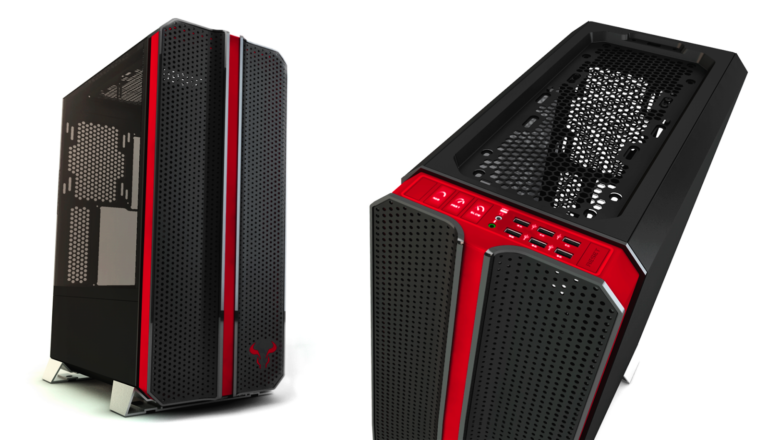