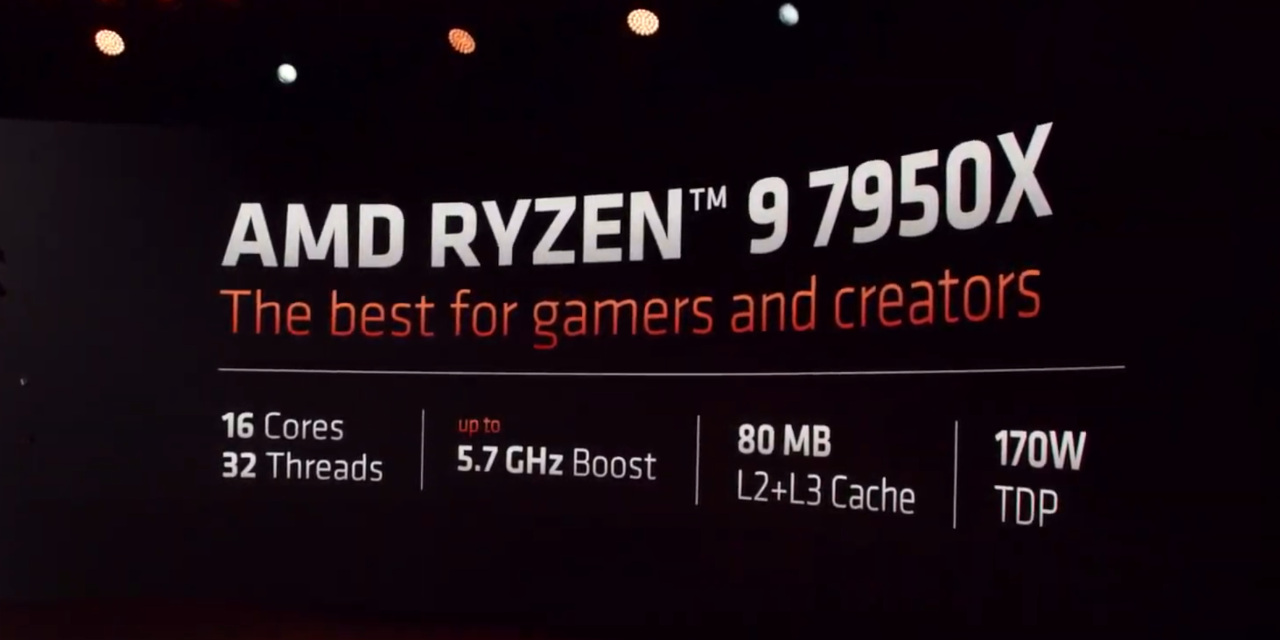 We spent part of Monday evening watching AMD’s “together we advance_PCs” event on the company’s YouTube channel, along with the rest of the tech press, and can provide slightly different screenshots and perhaps a different font or table design for the news you’ve probably read about 47 times already.

We have to start with the most important info: pricing and availability! Let’s face it, AMD fans already knew just about everything else about the new Ryzen CPUs. The official word is screen-capped and printed in table form below. 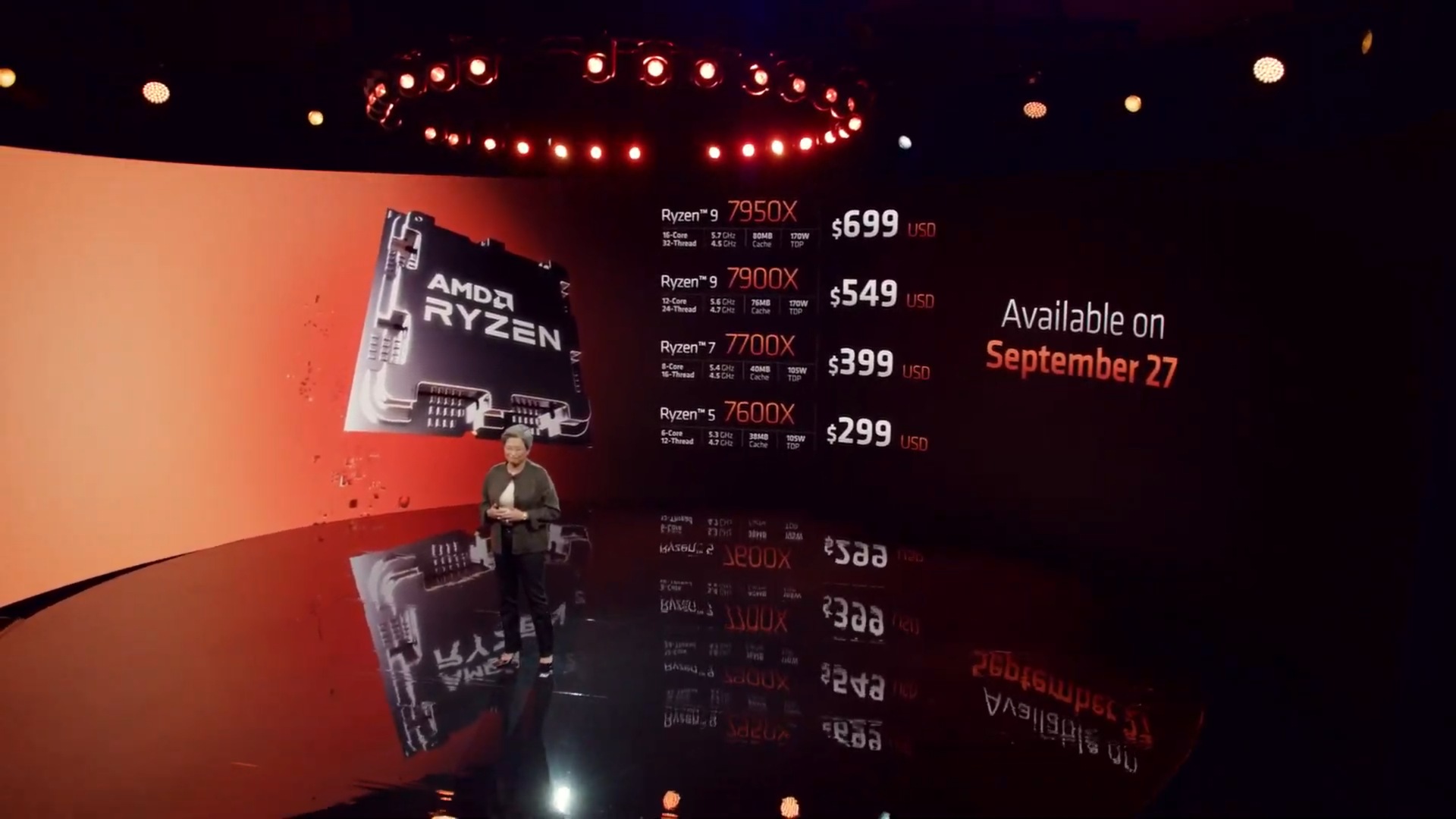 The new flagship Ryzen 9 7950X processor will launch at $699 USD, and while this is considerably higher than the Ryzen 9 5950X has been selling for of late ($546 as I write this), it is $100 below the $799 launch price of that previous flagship. It remains a 16-core, 32-thread part, and the rest of the lineup offers familiar core/thread counts as well.

Both clock speeds and power consumption are up, as we knew they would be, with the highest turbo clock belonging to the R9 7950X at 5.7 GHz, and the four announced SKUs ranging from 105W to 170W TDPs. One assumes that 65W non-X parts with lower clocks will follow at some point.

As to performance, we await independent testing but AMD seems confident in their IPC increases, which are reportedly up around 13% compared to Zen 3, with a total per-core uplift (including the higher clocks and move to faster DDR5 memory) bringing this up to a “29% total single thread performance gain”. 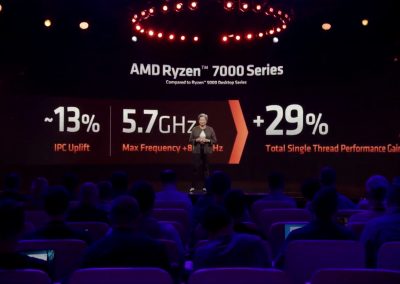 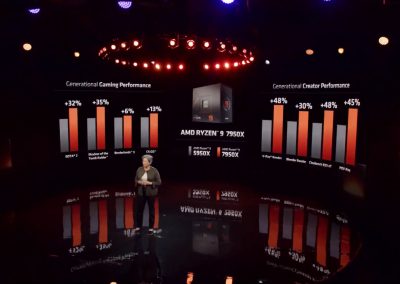 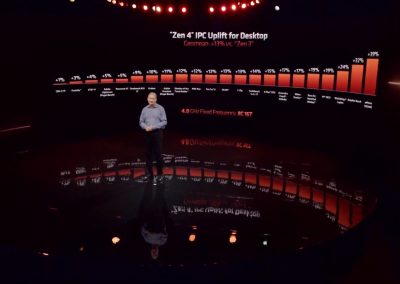 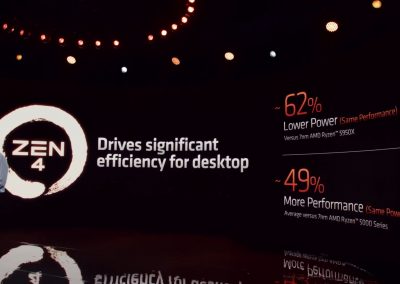 Efficiency is a key driver of performance, with AMD claiming “~62% lower power (same performance)” vs. the Ryzen 9 5950X, and “49% more performance (same power)”, on average compared to the Ryzen 5000 series. Oh, and AMD was able to boast about their AVX 512 instruction set with the new architecture – something Intel officially removed from the 12th Gen Core processors after launch.

AMD is being very aggressive with the Ryzen 7000 lineup, putting pressure on Intel’s upcoming 13th Gen launch. It should be an interesting autumn.