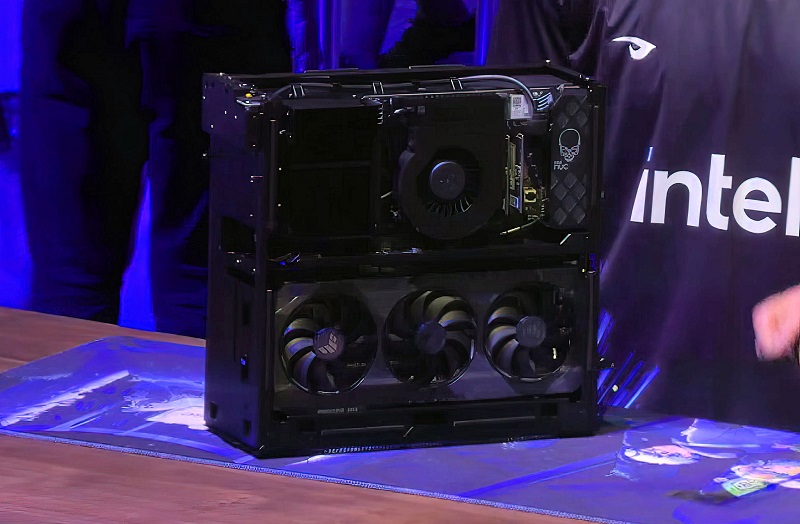 The newly announced NUC 13 Extreme, also known as Raptor Canyon is not quite a mini-ITX system, though it might be larger than some.  The newly announced box is 13.9 L in volume, which might not be quite as large as some of Cooler Master’s mini-ITX boxes but certainly outsizes some other offerings by other companies.  You will still pay a premium as you are buying more than just an empty box.

There have been some shots of the NUC 13 Compute Element found inside this breadbox sized system, which looks somewhat like a video card.  It consists of a mainboard with a 13th Gen CPU, from i5 to i9 depending on your choice, as well as memory, all attached and hidden under custom cooling.  As with other NUC Extreme models, the memory and CPU are the same as in a desktop system and can be replaced or upgraded by the owner.

As you can see from the picture, the PSU, mainboard, components and cooling altogether are roughly the same size as the triple slot GPU installed in the NUC 13 Extreme case.  The current RTX 4090 FE might be a bit much to fit inside this case, but just about any previous generation NVIDIA card or current generation AMD triple slot card should fit is as well.  There is also good reason to believe that it will fit most Arc A7 cards.

It will be very interesting to see what the price difference between a NUC Extreme 13 and the equivalent components in a mini-ITX case will be.

Intel is also continuing to make smaller, more tightly integrated NUCs, like the recently announced NUC 12 Enthusiast box that combines a 12th-gen Intel Core CPU with a discrete Intel Arc GPU. Arc has its problems, but it's still surprisingly competitive with midrange Nvidia and AMD GPUs in many games. 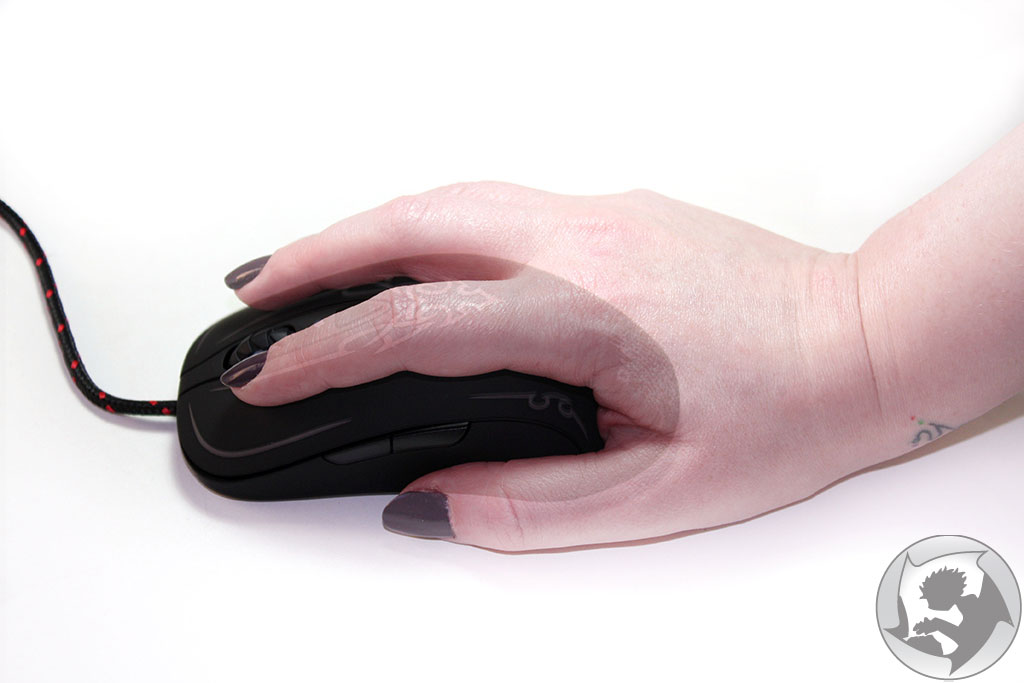 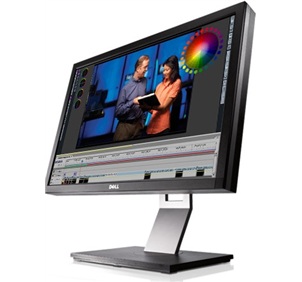 He ain’t heavy; he’s my keyboard