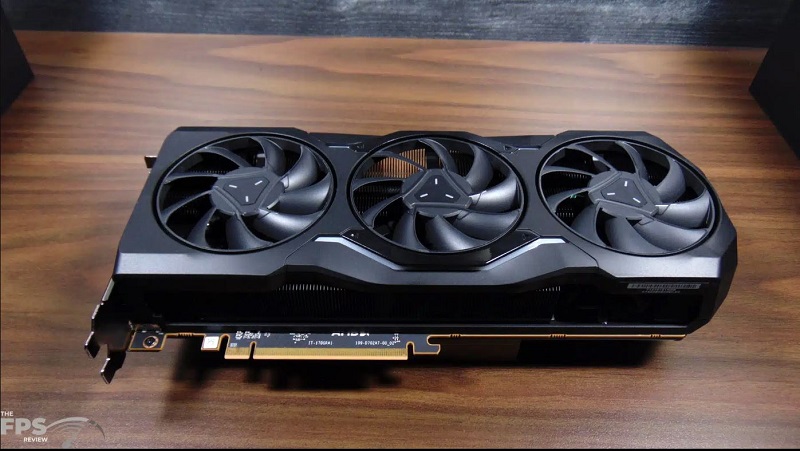 Just in time for the holiday season AMD have revived an old naming scheme and released the new RX 7900 XT and RX 7900 XTX.  The two cards are both RDNA 3, aka Navi 31 and are fabbed on 5nm for the graphics and 6nm for the memory and are rated at 355W for the RX 7900 XTX, 315W for the 7900XT.  If you pay the (theoretical) $999 MSRP for the 7900 XTX you will get 12 more compute units and ray accelerators, 24 more AI accelerators, and 768 more stream processors.  In addition your GPU will have a boost clock 100 MHz faster, or 300MHz on the game clock while your VRAM will be 4GB larger and offer 160GB/s more bandwidth.  Last, but not least your Infinity cache is increased by 16MB.

When you enable ray tracing the story changes a bit more, as you might expect.  AMD’s new flagship falls 13 frames behind the RTX 4090 FE but still outperforms the RTX 4080.  The RX 7900 XT doesn’t keep it’s lead, falling 7 frames behind in Far Cry 6.  For Cyberpunk the results are more significant, at 4K the RTX 4090 manages 44FPS while the RX 7900 XTX gives you 20FPS whereas the RX 4080 can manage 31FPS compared to the unplayable 17FPS from the RX 7900 XT.  That shows significant improvement from AMD when it comes to ray tracing, but they still have a ways to go.

Those are just some of the results from The FPS Reviews’ two reviews which also compare the cards with DLSS and FSR enabled, and those two technologies make a big difference at 4K.

The AMD Radeon RX 7900 XTX direct from AMD is in an all-black matte shaded shroud, front and back in a triple axial fan design. The shroud curves around the edges and encapsulates the video card, and the back end is capped off.