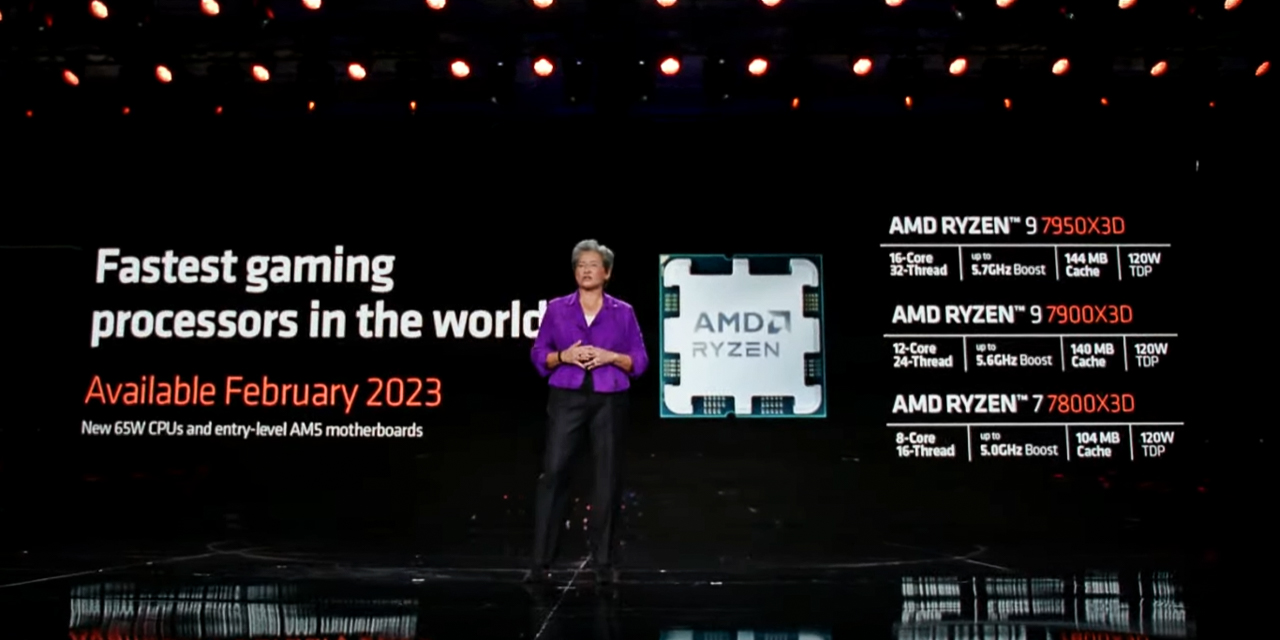 3D V-Cache Arrives on the AM5 Platform

Intel has enjoyed a favorable position in the desktop gaming space so far this generation, but AMD now has an option which they say is faster than the Core i9-13900K. During AMD CEO Lisa Su’s  presentation last night, the new processors are being called the “fastest gaming processors in the world”. How did they do it? Why, with 3D V-Cache, of course!

As much as we have heard the “wait for X3D” refrain since the Ryzen 7000 launch in September, we anticipate these new Ryzen 7000 Series X3D parts to be very popular. As you probably know, AMD ended up discounting their new processors amid what seems to be lackluster adoption of the AM5 platform, and X3D is exactly what AMD needed to make this a more attractive upgrade.

These new Ryzen 7000X3D are the fastest gaming processors in the world.4 With up to 14% faster performance than the previous generation.6 The AMD Ryzen 7000 Series processors with 3D V-Cache technology will be available for Socket AM5 starting February 2023.

As quoted above, the new processors are the Ryzen 7 7800X3D, Ryzen 9 7900X3D, and Ryzen 9 7950X3D, and they have some interesting specifications – with the monstrous levels of cache the main attraction.

While we don’t have pricing or an exact release date yet, there is one piece of confirmed information that brings up a lot of questions: the 12-core and 16-core parts only have 3D V-Cache on one of the two CCDs. This presents an interesting scheduling challenge, though AMD is currently working with Microsoft on this very issue.

AMD is working with Microsoft on Windows optimizations that will work in tandem with a new AMD chipset driver to identify games that prefer the increased L3 cache capacity and pin them into the CCD with the stacked cache. Other games that prefer higher frequencies more than increased L3 cache will be pinned into the bare CCD. AMD says that the bare chiplet can access the stacked L3 cache in the adjacent chiplet, but this isn’t optimal and will be rare. Yes, the chip with the extra L3 cache will run games at a slower speed, but most games don’t operate at peak clock rates, so you should still get a huge performance benefit. 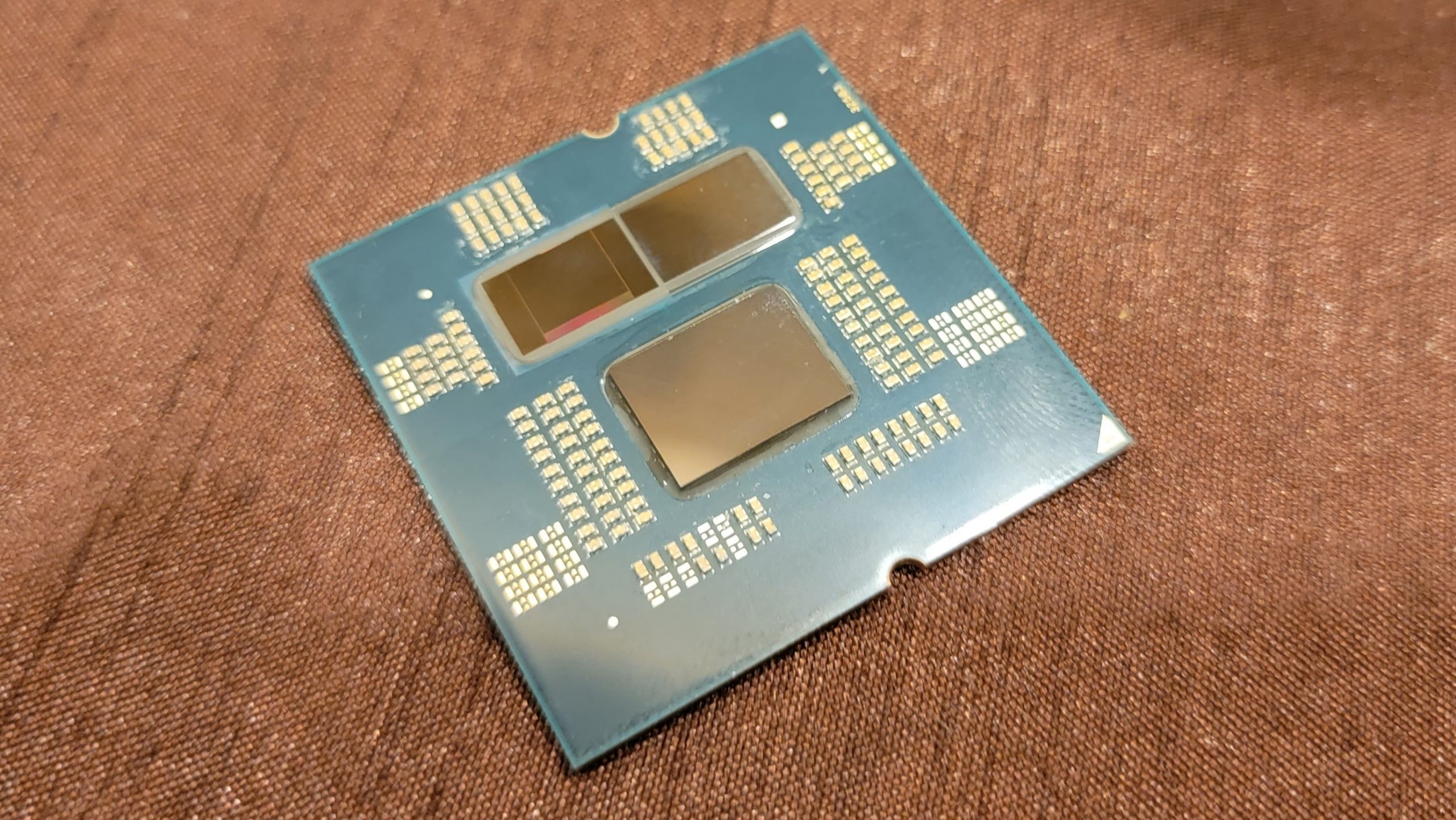 It will require extensive testing to learn exactly how the differences in clock frequency and directly accessible cache will affect performance on the dual-CCD parts in both gaming and general compute workloads. More questions arise when considering OS support for the optimizations AMD is working on, as we do not yet know if these will be Windows 11 exclusive, or if they will extend to Windows 10 (not to mention Linux support).