We Gave You Smart Appliances, Why Won’t You Connect Them? 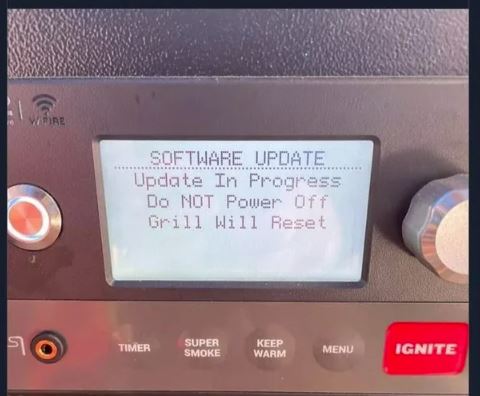 Don’t You Understand The Benefits Of Having Your Data Insecurely Harvested?

The makers of smart appliances are baffled as to why the majority of their customers never connect them to the internet.  When it comes to home appliances like refrigerators and stoves, LG reports that fewer than half of its users connect their smart appliances.  Whirlpool is a bit better, claiming that a bit over half of their customers allow their toasters and other devices to connect to the internet and continue the connection.  Considering the millions of dollars Whirlpool spent to acquire Yummly, that is a low number of people reading recipes on their stove while cooking.

The manufacturers are convinced that it is because their users simply don’t understand the benefits of having a propane grill reboot in the middle of preparing dinner to apply a new firmware update.  They suspect that users aren’t signing up to send their data to the manufacturers because of the difficulty of connecting the devices to the internet, and not an inherent distrust of the Internet of Things.  Whirlpool feels that they are missing out on a huge revenue stream due to people not connecting their toaster ovens and signing up for a servicing subscription; assumedly for a low monthly payment.

They are fairly sure it is not because of the fact that not all manufacturers allow you to opt out of data harvesting your usage of their smart appliances, and that those who do offer the option make it difficult to do so.  It is most certainly not because of the many data breaches of IoT databases, nor the fact that many companies seem to abandon support of the appliances after a few short years, meaning no more security updates when yet another vulnerability is discovered.

It is convenient to have your fridge automatically order more butter when you run low, but overall it seems that convenience is not enough to convince many customers to connect their kettles to the internet.

The challenge is that a consumer doesn’t see the true value that manufacturers see in terms of how that data can help them in the long run. So they don’t really care for spending time to just connect it

Has Creative managed to wound Apple?